Currently working on a new acting shot for my reel, so while in the planning frame of mind I thought I’d make a post out of some tips I’ve gathered and now use as part of my workflow.

1. Searching for Audio Clips
Animation Mentor discourages audio clip web sites and I personally tend to agree with them. Find unique clips with decent audio quality. TV shows can be a reliable source, if you can think of a character you like then there will be plethora of lines if the show has run through a few seasons.

Some things to look for in clips:
– A story. A start, middle and end. A goal, conflict & resolution.
– Texture in timing and tone.
– A change in emotional states.
– Something that appeals to you.

You can also make the audio clip work better for you. Add sound effects, cut things out, add “white noise” so there isn’t complete silence before your clip starts, etc. Keep it simple though, playing with audio is a new can of worms.

One last thing to keep in mind, if your clip is 10 seconds long your animation could easily end up being 15 seconds. Sometimes you may need time before the dialogue starts in order to set the scene or some time after the dialogue to finish out actions. The length of your clip doesn’t always equal the length of your final animation, it’s something that’s easy to get caught out on.

2. Ideas
Build on what’s already there in the audio. Read into the subtext, change the context, bring something fresh to the table. Don’t just replicate the same scene as the film/tv show.

3. Animatics
Having basic drawings with timing and audio gives a much better sense if the idea will work. Even just having one quick storytelling image for each idea will give others a good sense of your idea in order to give feedback.

I like drawing in Photoshop with the timeline. If layering audio I’ll use After Effects to assemble the animatic. I’ve also used the Animation Desk iPad app for pantomime shots.
It doesn’t have to be all high tech though, a cheap option is Flipbook which Jason Ryan recommends and also Pencil which is free.

Some of my storytelling images for 3 different clips/ideas:

4. Shooting reference
First, two breakdown vids that hopefully most have seen before, both from Blue Sky animators. 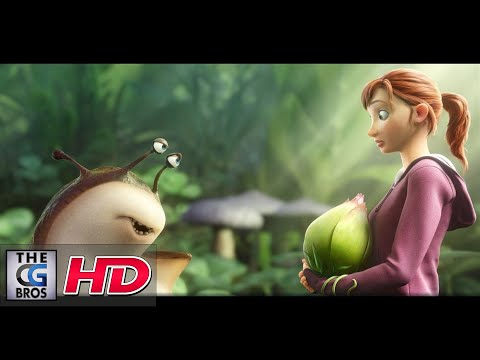 Memorise the lines.
Amazing how many students don’t do this. Without knowing the lines and timing off heart, you’re not going to get into the performance.

Camera.
I like to use the FiLMiC Classic app as it lets you shoot in 24FPS and you can also lock off focus and exposure. I like the ease of reviewing shots with app but also the frame rate is a big plus, you can precisely count frames for the timing. If you’re using a dedicated camera try not shoot 30FPS, if you convert it later 6 frames of every second will have to be dropped, it just makes it a bit harder to analyse.

Set the camera up in the same position as the camera in your scene and occasionally check what you’ve been shooting.

Lighting.
Make sure your area is well lit so you can clearly see the reference. Just a quick comparison of what happens when you change the position of your lights.

Clothes.
Patrick in the video above recommends getting into character, including similar clothing. Jeff in the 2nd does a mix, wearing the hoodie for Mary Katherine’s shots for example, but he also wears a plaid shirt in other shots. If you have them, plaid, striped, dotted clothes can make it a little easier to study the body mechanics in your acting.

Clap.
Sometimes when acting you know you’ve done something spontaneous you like, or just felt it was a better performance than others. I like to clap at the end of the take, it just makes it easier to scrub through and find those specific takes later.

5. Mod your characters
Create new characters. Show their character traits in their design and have something that looks a bit different to other shots on other people’s reels. Some of how to do this was covered in the Bishop post and Texturing Tribes Rigs.

6. Show people
Pretty simple, show others and get opinions before getting too deep into an idea. Facebook groups are great, I like to pick people whose work I like and mail them directly. Everybody is pretty open to helping out.

One thought on “Planning an acting shot”